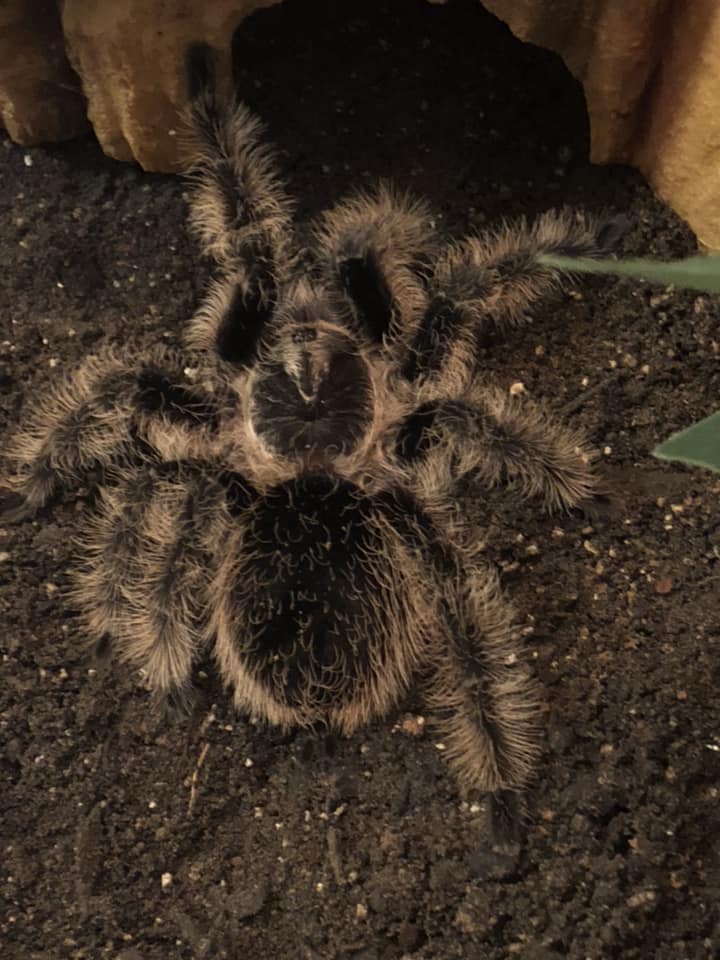 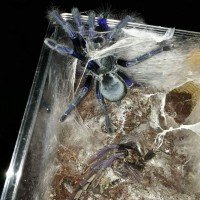 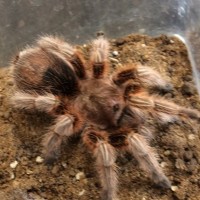 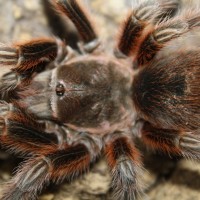 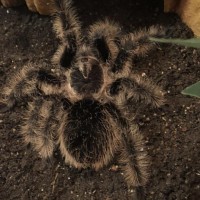 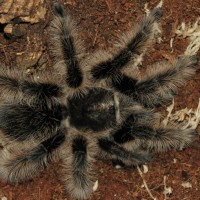 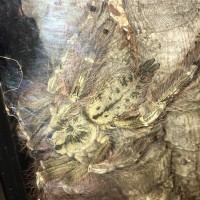 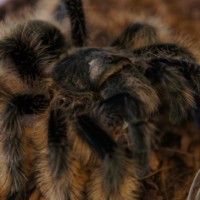 Just got this girl in a trade. Hobby form?
Click to expand...
nope it's the Nicaraguan form
looks Nicaraguan to me. How big is she?? 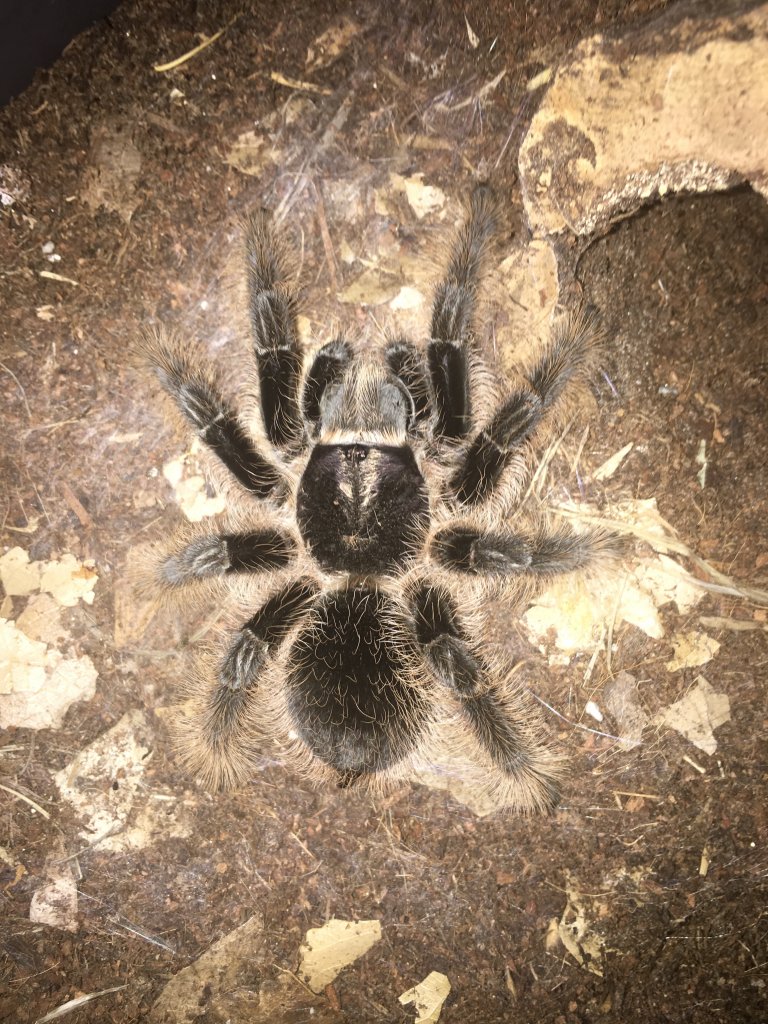 @Adam96 is mine Nicaraguan?
Since the lighting in this picture is poor, it is difficult to tell which form of Brachypelma albopilosum it is. The Costa Rican/ Nicaraguan form has white hair (hence the "albo" in albopilosum which means "white") while the Honduran form has bronze/ gold colored hair. Sometimes the bronze colored one is fluffy and sometimes the hair is sparse in the ones typically deemed as "hobby form". I use the term "form" here loosely since the ones with fluffy white hair matches the original description of Brachypelma albopilosum from Costa Rica and also has a differently shaped spermatheca than the gold/ bronze colored one. So they could be two different, but closely related species. The white ones have a typical Brachypelma spermatheca consisting of a single trapezoid shaped receptacle where the bronze colored one has a spermatheca consisting of two separate receptacles more like Brachypelma klassi. 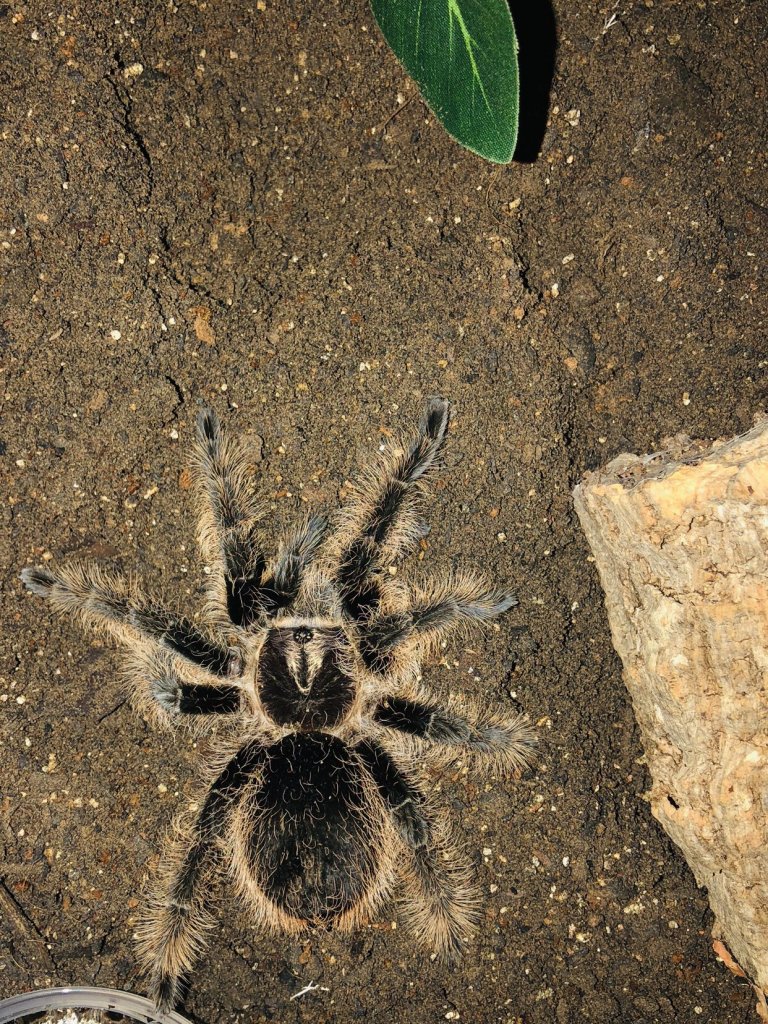 Here’s a different shot. More light. I see more gold then blonde. But extremely fuzzy. I don’t really have a preference what she is, I got her in a trade.