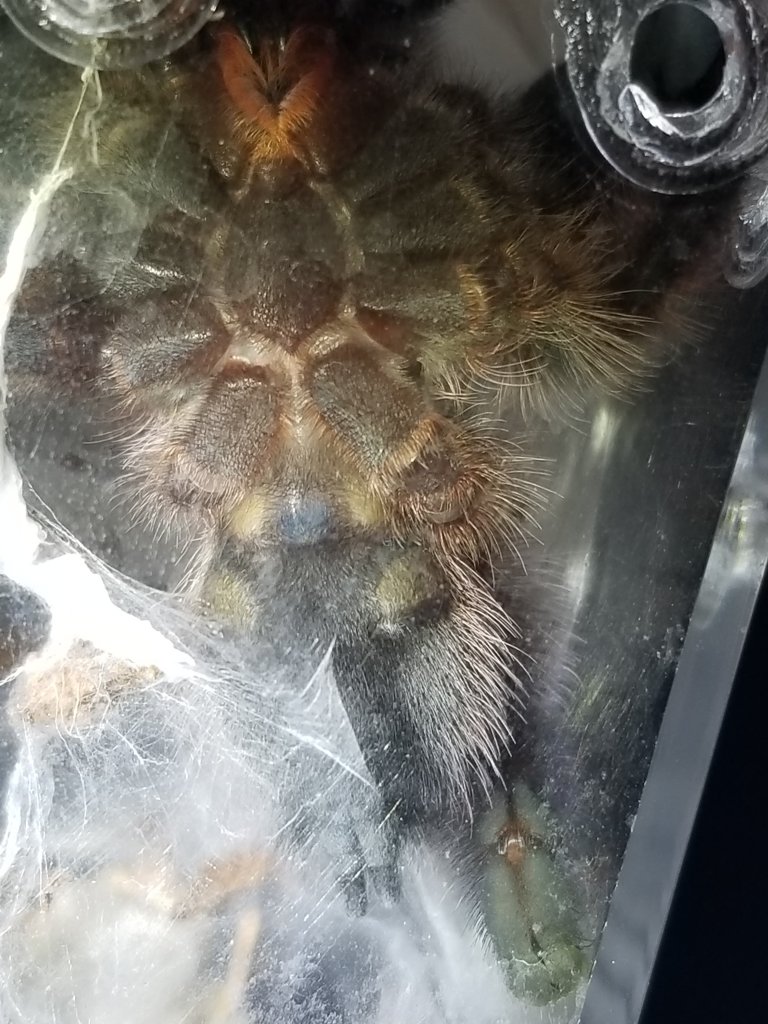 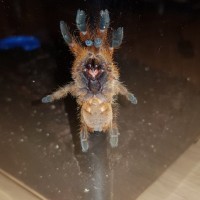 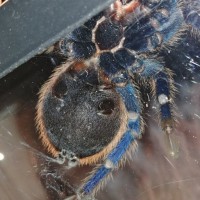 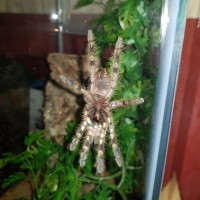 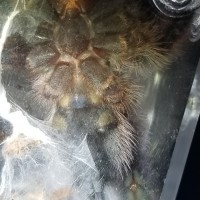 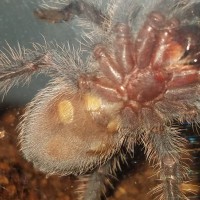 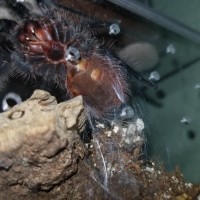 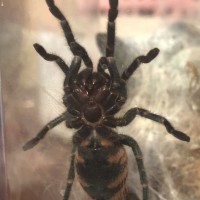 Juvie 3.5"
Click to expand...
I'm personally leaning male with this one. Although this picture isn't as close up as yours, here's what my molt confirmed female looks like at maybe 3": 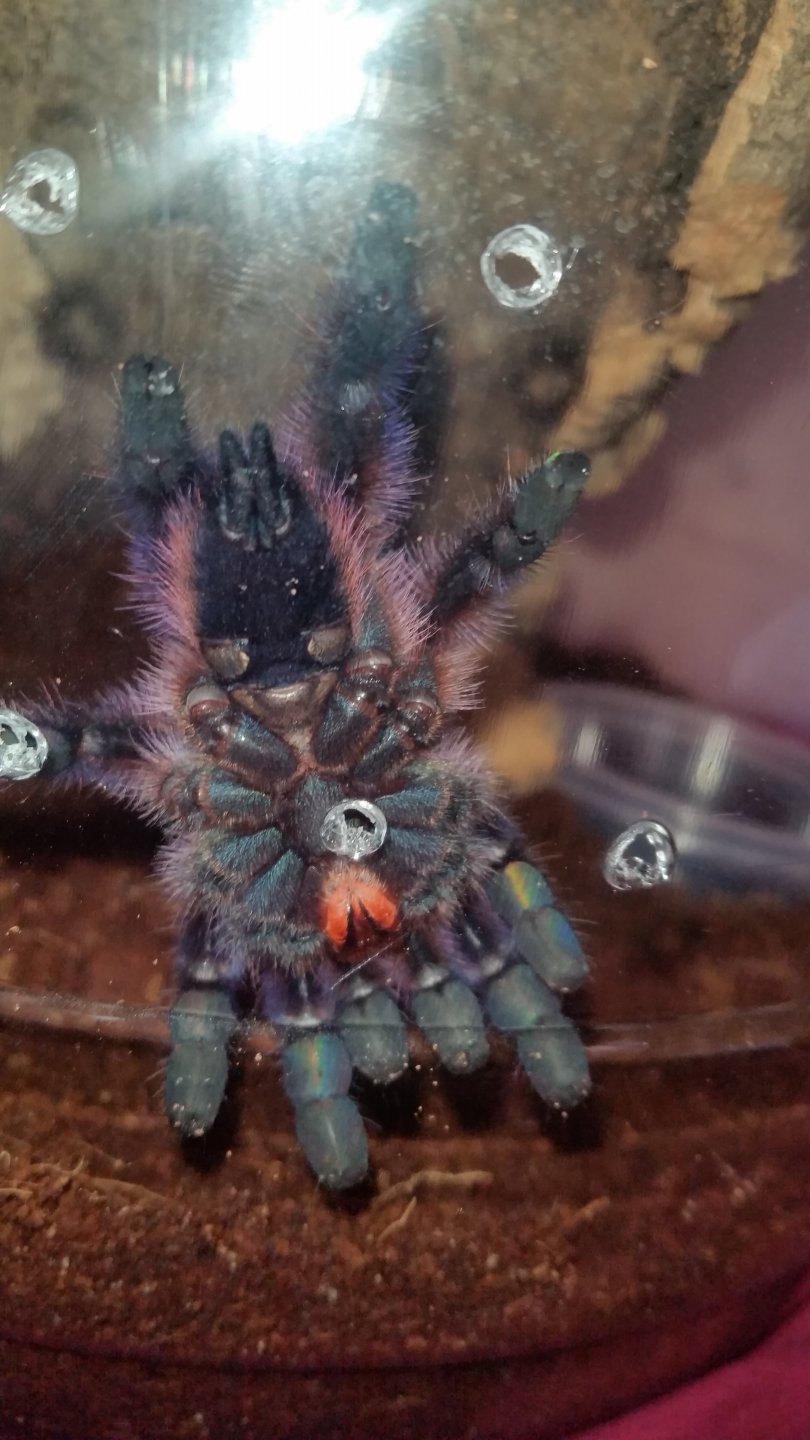 Molt confirmed female. She always looked male ventrally until this most recent molt, but it's...
Ok. Could you explain why you think that? Still trying to learn what I'm looking at.
@BZeni There's a few things that make me think male. I'll try my best to explain. If you look at the upper set of booklungs on your T, the booklungs are positioned much more parallel to each other. So the inner walls form more of a "I I" shape. In the picture of my molt confirmed female, you should be able to tell that the position of her upper booklungs (although it's the lower pair in the picture because she's upside down) has much more of a "/ \" shape on the inside wall. So in general, the space between the upper booklungs is wider on females than males. Mine also has a very distinct crescent or lip shape between her upper booklungs. That's only present on females. Males have a small dense patch of hairs (called epiandrous fusillae) there instead. While I'm a bit unsure that I see the patch of hairs that says male on yours, I definitely don't see the female anatomy.