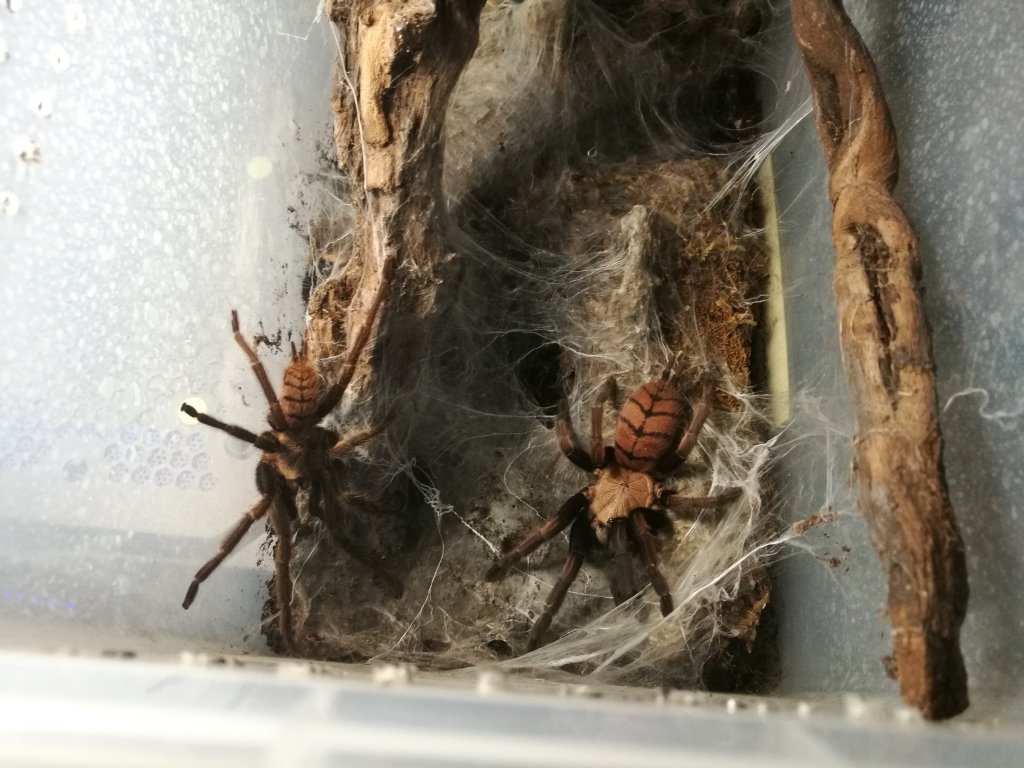 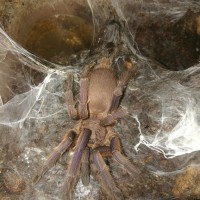 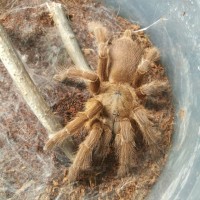 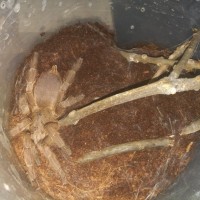 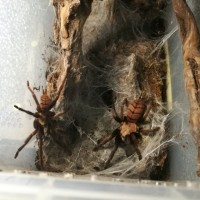 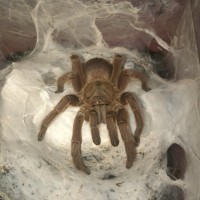 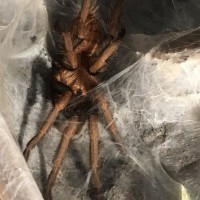 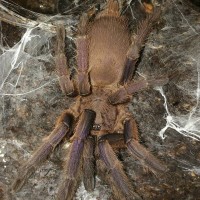 Chilobrachys fimbriatus adult pair
Click to expand...
Love it, great picture of those two.
Will the male be available for loan when you are done?
@arachnoherp OP is from Hungary
@Greasylake awe dang! Thankyou i didnt see that
Also, i was leting the male being a meal
Its healthy to the cocoon!
The female was strangely docile. I kept them together, It took 4 days to the female, to eat the male. Sorry for my bad english by the way.
@padavan are you doing anything special to get the female to make a sack? I am planning on pairing my female after her next molt too.
@padavan You fed the male to her!? ...Your English is fine btw
@SAPHIE

Yes! After the mating i cant use the male anymore, so i always let females to eat them. I believe, irs healthy to the cocoon, even if the female waits much time to eat the male. Depends on how hungry is she!

I keep her enclosure at very wet. Sometimes i watering the surface with hot water that makes hot vapor in the air.

The enclosure has many ways to build, its very important. And i dont harras her just only rarely.
She will need to lay a sack after 4 months if the things going well. I need to wait 30 days after the sack made, and take it away.

Mating was actually pretty easy, but took very long time. After 16 hours the male started being more brave, gave signals to the female, and she let the mating very nicely. They was repeat the mating like 6 times what i seen, and who knows how much times that i wasnt seen.

First attempt wasnt going too well, male wasnt too interested, i was watiging 3 days, second attempt was good. The male gave signals in both attempts also, but always ran away once the female came up to him. Only 16 hours after he was brave enough.
@padavan thats what I figured you'd have to do, good luck with your sack. I am planning to buy a male for my female and leave them alone for a little while as well, so he might get eaten too.