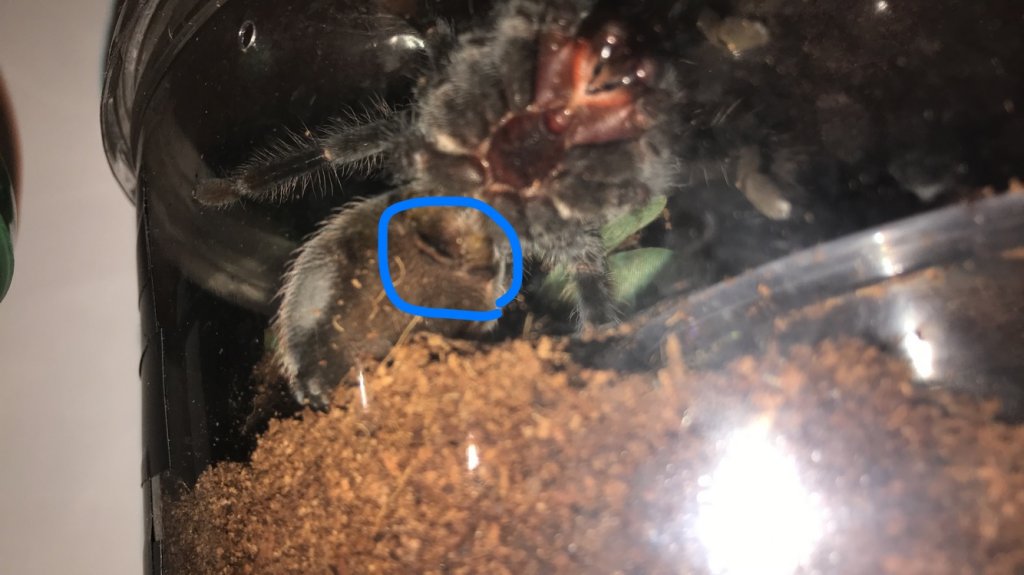 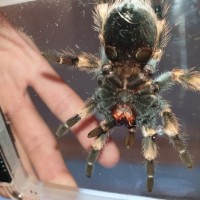 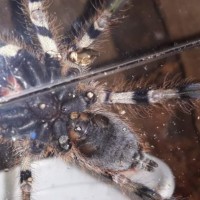 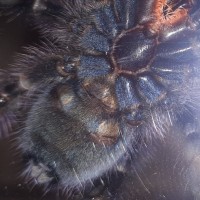 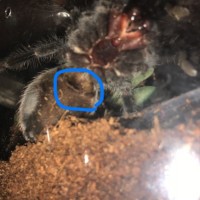 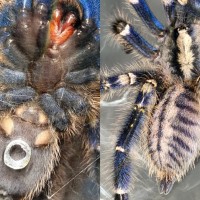 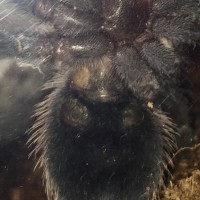 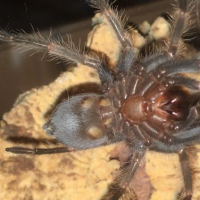 Is this what im looking for?
Click to expand...
Yes. From this particular photo it looks like your T may be male.
@Arachnophoric it has grown very quickly for a Brachypelma and its a bit leggy so i assumed it was a male
Growth rates aren't a good way to tell - B. vagans happens to be one of the faster growing Brachys, and individuals have different growth rates regardless of sex; while quicker growth could be an indication, there ARE females who will grow faster than their male counterparts as well.

Legginess isn't a good thing to go off of either, as how thick/thin a T looks often depends more on where they are in the molt cycle. Unless it's a species that is sexually dimorphic, there will be no notable difference in their build until the male matures, where he DOES get very leggy, as it serves to help the male survive while mating.

If you can get a clearer photo of your Ts abdomen, looking at this image now i'm not very certain of my initial impression - your T still could be female. You likely won't be able to get a 100% certain answer until you sex one of the molts.