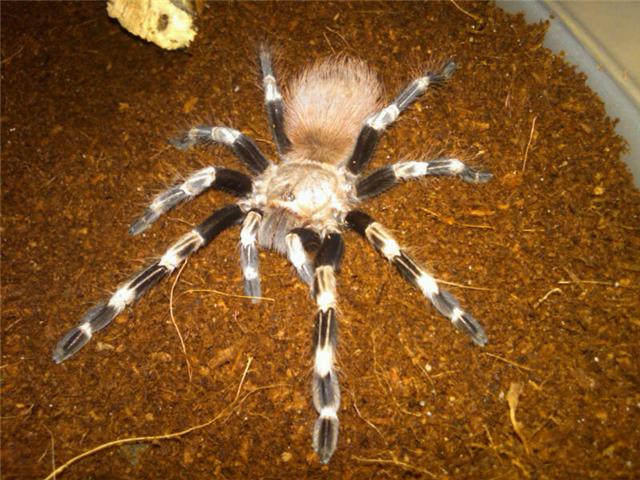 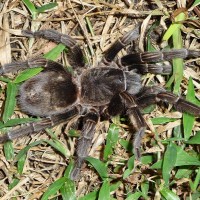 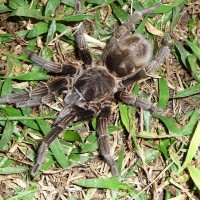 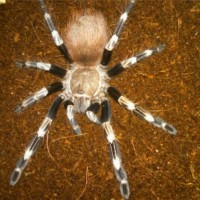 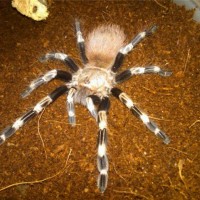 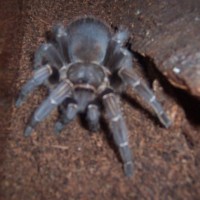 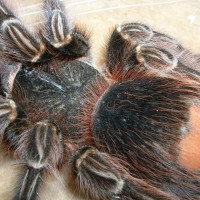 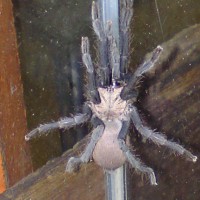 Does my B. smithi look kinda strange to you? (sarcasm)
Click to expand...
That's N. chromatus.
6elieve thats n. chromatus
Consult NatGeo! It looks like you have the rare Brachynhandu smithichromatus! I wish i could get my hands on one of those...oh well...
All you need is several spiders. First start with a female B. smithi and a male N. chromatus. Raise the spiderlings, which would then be B. chromatus. At the same time you would want to produce N. smithi spiderlings from a Female N. chromatus and male B. Smithi. Once you raise them, then try to pick out a female B. chromatus from the first group, and match it with male N. smithi from the other group. You might have to mate them several times or use several pairs because of their reduced fertility, but with a lot of luck, you should then be able to get the final result, the rare Brachynhandu smithichromatus mentioned by dannyboypede. Or better yet why not just get a Chromatopelma cyanopubescenes.