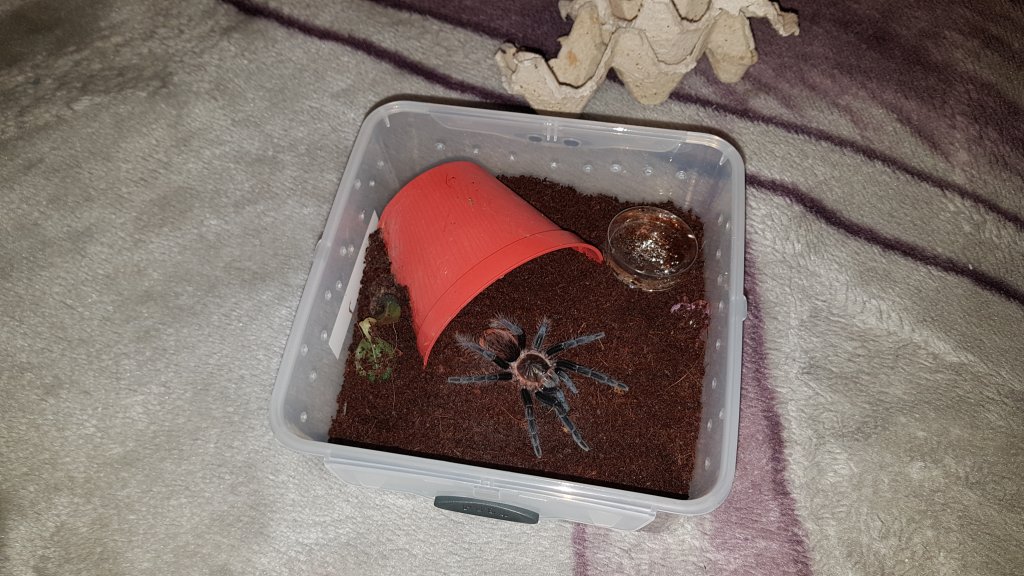 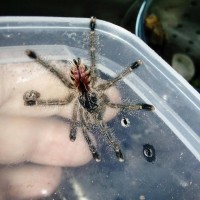 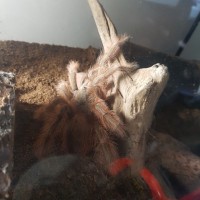 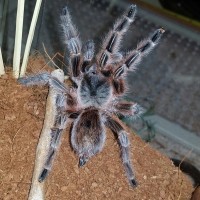 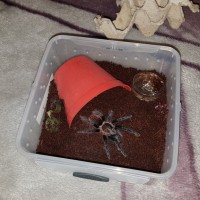 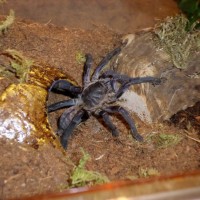 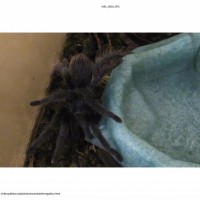 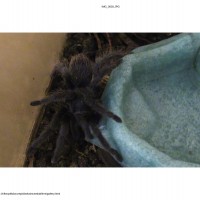 Hello everyone. This T was sold to me last October as a B.albo.
I know it's a brachypelma but it doesn't look like any b.albos slings/juvenile I've seen.
This was my 1st tarantula. so if anyone can help me id it that would be awesome.

Ps I know it needs a upgrade either now or molt.

thx alot
Click to expand...
It's about 2.5" now. When i got it,it was about 0.5"
i can't see well on my phone right now, but it looks more like b. vagans to me.
The fuzzy legs say albo.. but the red but says vagans.. hmmmm
Looks like B. vagans. Could be albo-vagans - they have been hybridized, but generally it just looks like vagans.
looks like my albopilosum, maybe i too have a hybrid
No. Least, not what's sold as albopilosum.

That carapace will darken. Appears to be what is sold as vagans.
It's probably a hybrid, I have one that has the same look
I too would say probably albo-vagans. Until fairly recently, most B. albopilosum that were available in the hobby (referred to as Honduran Curly Hairs) were not pure bred B. albo and usually had some B. vagans or similar Brachypelma in them. Lately though, a lot of breeders have been selling B. albopilosum "Nicuragua" which is a much purer strain of B. albo.
looks vagans, hairs of albo....yeah, likely a hybrid frankentarantula.
Wow, I am disappointed to see that you are in Ontario. Did you get this tarantula from a dealer, or a personal sale? That's very troubling if it does turn out to be a hybrid.