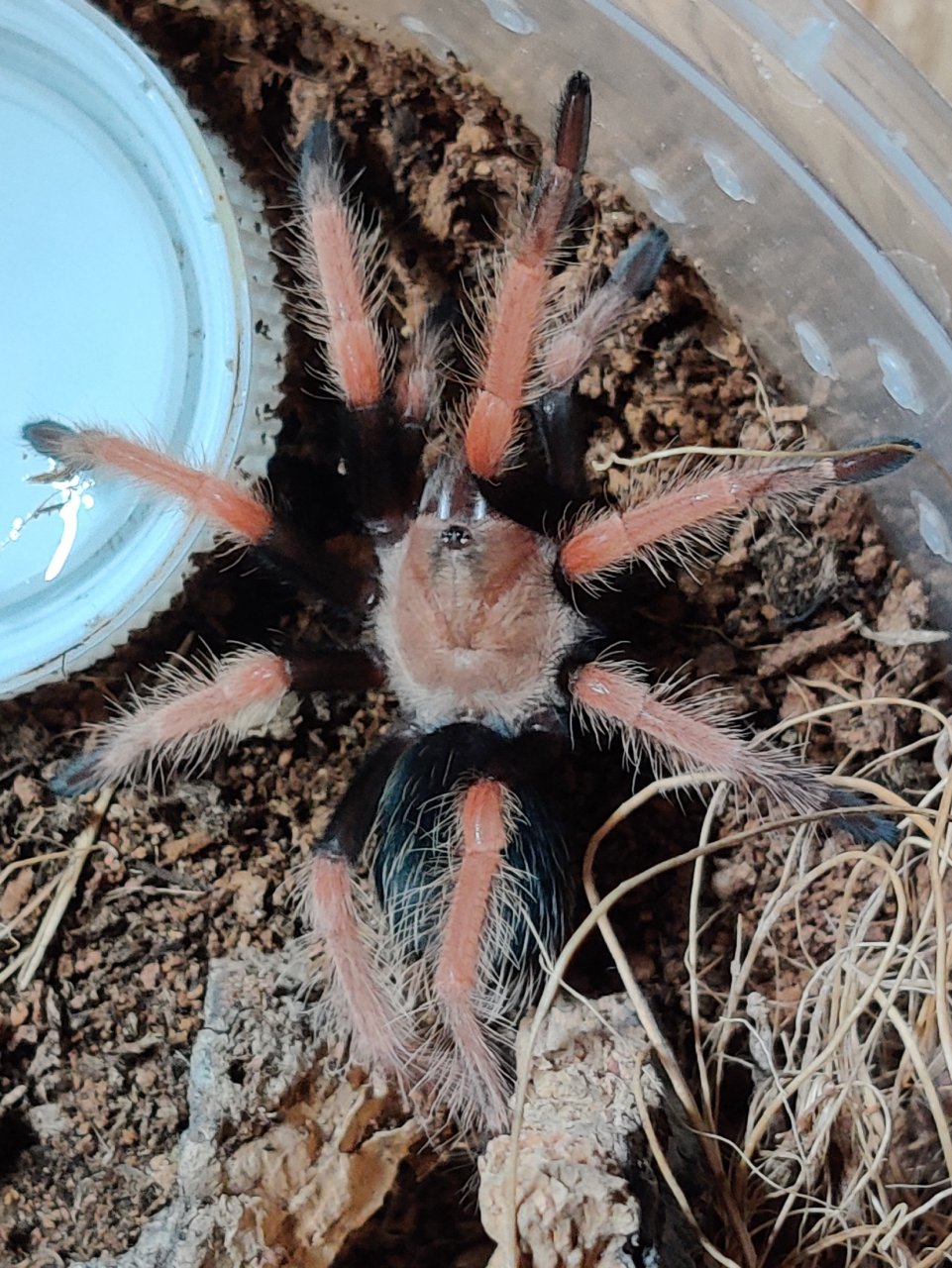 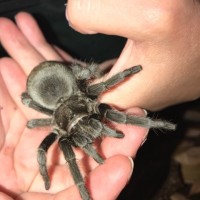 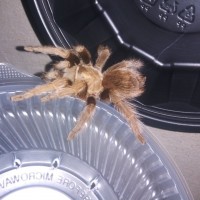 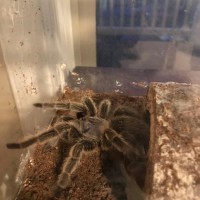 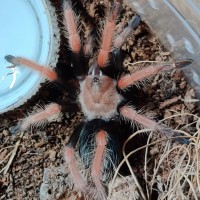 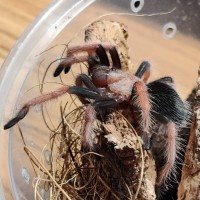 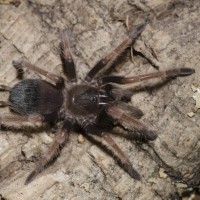 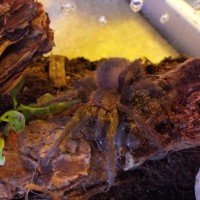 I'm trying to make sure seller wasn't wrong and it actually is an Aphonopelma bicoloratum and not B. boehmei. It's still pretty small, about 5cm long, molted about week ago.
Phone camera zoom allowed me to suspect it's also a female.
Click to expand...
First picture of same tarantula. 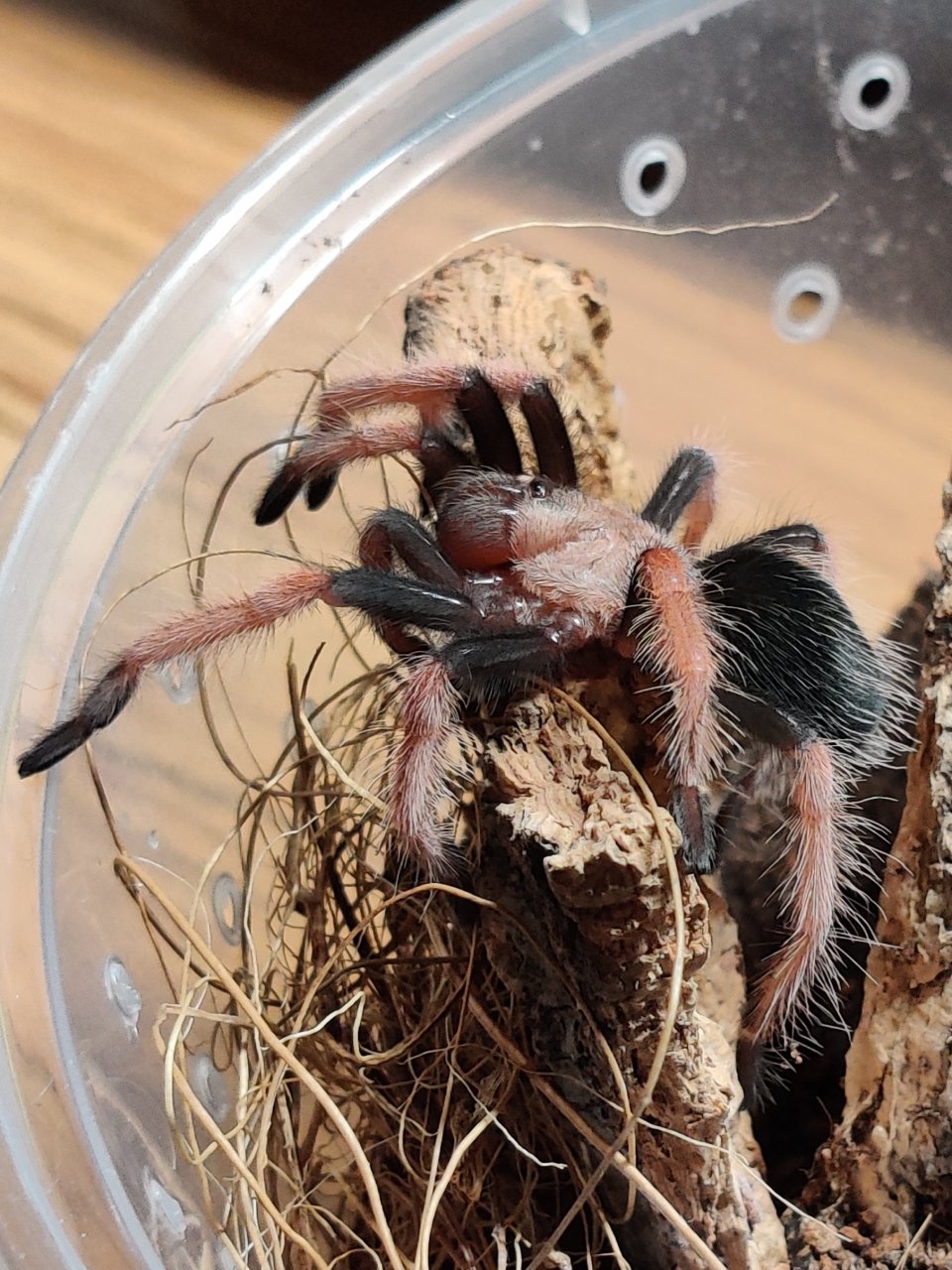 I'm trying to make sure seller wasn't wrong and it actually is an Aphonopelma bicoloratum and...
boehmei

bicoloratum is overaly differently looking animal.
@Patherophis All of the characters you listed are highly variable and not useful for identification. We are looking at a picture of a juvenile specimen after all. Carapace length and width ratio is stable in this circumstance when comparing Brachypelma and Aphonopelma, but not a useful character to make a more general generic ID.
@AphonopelmaTX @Patherophis Thanks for replies! Should I take some other pictures from different angles to make sure after all?
@Hoxter I don’t think any additional pictures are necessary. This one is good. If you would like to remove all doubt though, a picture of the spermatheca from its next molt would make a positive ID possible. Aphonopelma and Brachypelma spermatheca are very different.
@Hoxter I would be thankful for more detailed photo of carapax directly from above, if possible.

@AphonopelmaTX While I agree that these single characters are quite weak and wouldnt be useful for serious taxonomy, I find combination of them all to be more than suggestive. Yes, carapax schape is good character, but I insist that it cannot be reliably read out of this photo. This photo is not showing specimen from above but from side. Try to rotate this photo to see how much off vertical axis it is.

@Exoskeleton Invertebrates May I ask You for opinion?
@Patherophis The characters you listed, even in combination, are not useful since Aphonopelma bicoloratum possesses many of them while B. boehmei doesn't posses one or two.

Instead of looking at and comparing photos of pet trade specimens which can be misidentified, search iNaturalist for these two species. iNaturalist is a great resource since the photos are of first-hand observations of wild specimens. There are several of B. boehmei and just one of A. bicoloratum.

For an authoritative source of using the carapace shape to differ Aphonopelma from Brachypelma, see the this CEC publication.