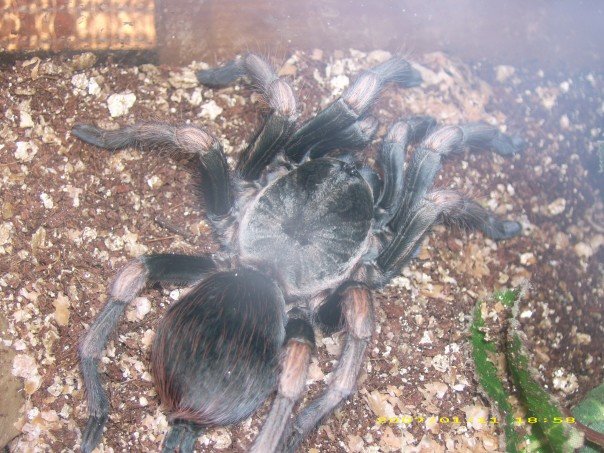 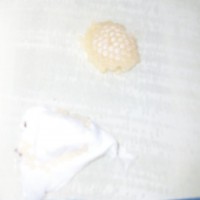 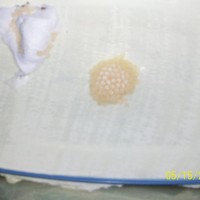 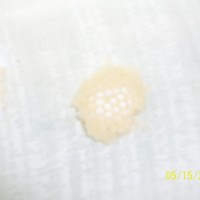 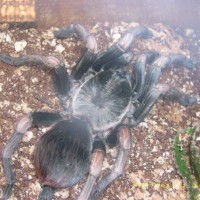 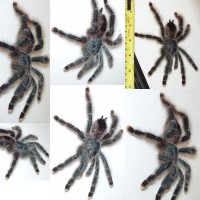 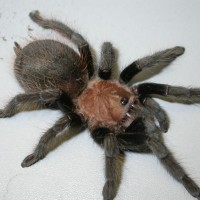 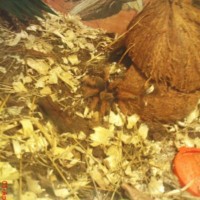 Anybody have a clue ?

Can anyone ID "spidrid" ?
Click to expand...
I've had "spidrid" for 5 years now but still haven't been able to say what she is, I've been told she's 1) a cross between and Chilean rose and a zebra leg, 2) a Peruvian blonde, 3) a pamphobeteus 4) the guy who gave her me said she was a Texan tan (that one's been ruled out !) she's a snappy little devil that hates to be bothered in any way shape or form and will jump, rear and flick hairs if you do, she's not managed to bite me yet fortunately! She doesn't really hide and can normally be found suspending herself from the top of the viv ! When she molts she goes some pretty colors, We've had blue (in the light electric blue !) to a very nice deep red and sometimes just brown !!!
Anyway, If anyone can put a name to her I would appreciate it !
I don't know. I wanna know though. I have a feeling it belongs to the genus Brachypelma but I'm probably wrong.
Lol, So do I !! is there anybody out their that can name her ???
I will have a look in to the genus Brachypelma. Its her ways that seem to push her out of being named, shes an odd bod !!
Either way she's beautiful.
Thank you Shes doing well now, she was in a right state when I got her. She Was slugish (although still snappy) and a very odd grey/brown colour! she had no shape to her abdomem which I can only put down to lack of food ! The guy I had her off was clearly scared of her and didnt feed her or give her water so you can imagine !
L. polycuspulatus perhap?
Aka the peruvian blonde ???
lasiodora striatus and not the peruvian blonde (lasiodora polycuspulatus)
She could be ! I have very sadly had to let spidrid go today as we are becoming foster carers and unfortunatly social services are not happy about her! she has now gone to rainforest reptiles in leicester to hopefully be rehomed, watch out for her appearing on BTS site as the guy at the shop is also very keen to name her so was going to put some images to see what people think!
Whatever it is, she sure is pretty!