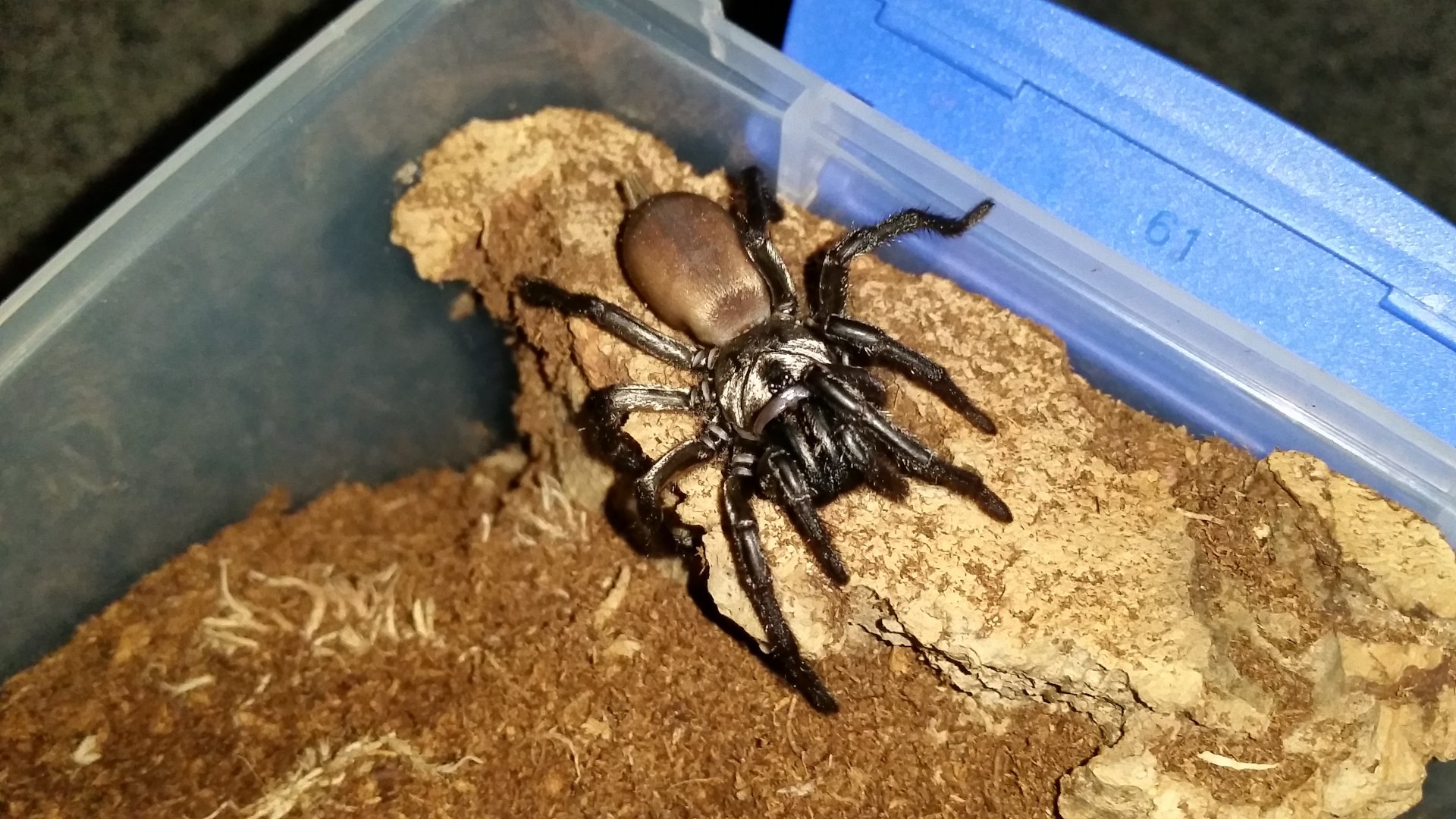 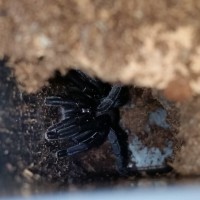 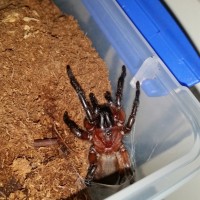 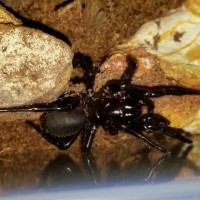 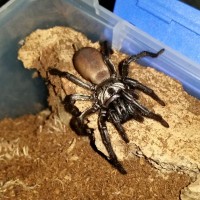 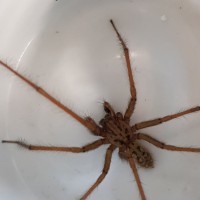 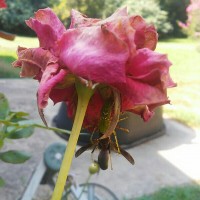 Yukinoshita posing on her favourite piece of cork bark
Click to expand...
Great species and picture, but are you going to breed that girl soon?
@Liquifin I would like nothing more than to do so, but considering I have no idea where she came from its virtually impossible to acquire a male for her. Aus is a big place, and half our species have identical mature males
@RezonantVoid that is one beautiful specimen.
Yep stunning. So is there even one taxonomist out there? Or is it murky no mans land of species yet to be described?
@u bada yes and no tbh, some families are very well documented but others like Nemesiidae, Barychelidae and Theraphosidae are pretty muddled and generally, as far as you will get with an ID for those 3 is sp. <locale name>.

Unfortunately, we are having some catastrophic fires combined with severe drought all up and down the coast here right now, and are probably losing thousands of specimens every day. Male wandering season just begun too, so any early risers have probably been scorched, and any surviving females won't be getting much food for a while to produce decent egg sacks. I am genuinely fearful for the future of many of my favourite species
Where do you get cork from?
@Rhino1 it's normally crazy expensive but one time I found a decent sized packet of small pieces for only $40 on ebay. In my personal opinion, it's not really worth it. It tends to grow mold out of literally nowhere and she's the only of my spiders that seems to like it. All the others put forth considerable effort to bury it. However, it makes some neat decoration when it's not buried or growing mold, and bends very easy so you can wedge them in place fairly easily
Oh wow so sorry to here about climactic situation I had no idea what was going on there... we have / had similar fire outbreaks here, truly devastating... it’s great you keep the specimens you do though!
What a lovely girl.
Hey mate the fires came down from the hills here last night, at 2am this morning we had to move the cattle to other end of the property and then out onto the road and I back burned all the paddocks around the house and now we are out of water. We are safe but it was close, got to go to work now without a shower not to mention I've never been so thirsty.