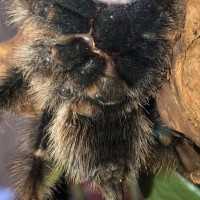 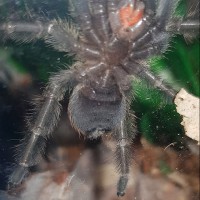 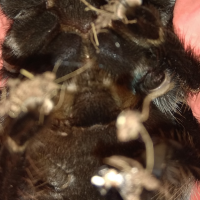 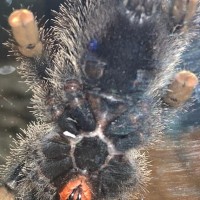 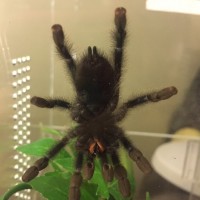 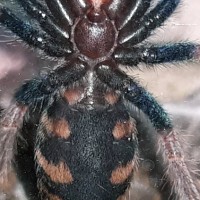 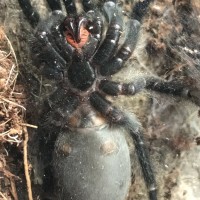 Introducing the newest membee of the family. She was ID'd as a female at my local Petco. I see a small flap, and I think its a girl. I just ask for more experienced set of eyes to confirm. Thank you in advance.
Click to expand...
0.1
Hey @viper69 I dont think your response was recorded right.
Seeing a flap is in reference to sexing molts - spermathecae appear as a little flap on the inner surface of the molt. I'd be rather alarmed if you were seeing a flap on the outside.

What you're looking for in ventral sexing is an obvious slit/furrow. Males will generally have narrower/shorter furrows that are sometimes broken by a little dot in the center, while females should be long and have a lip-like appearance, though it varies from species to species.

I wouldn't trust Petco to sex a mouse, let alone a T. That being said, I agree that it looks female - 0.1, as viper put it.
@Arachnophoric lol, my fiancee was laughing at the mouse comment. I didn't realize that 0.1 meant female. Thank you for your feedback.