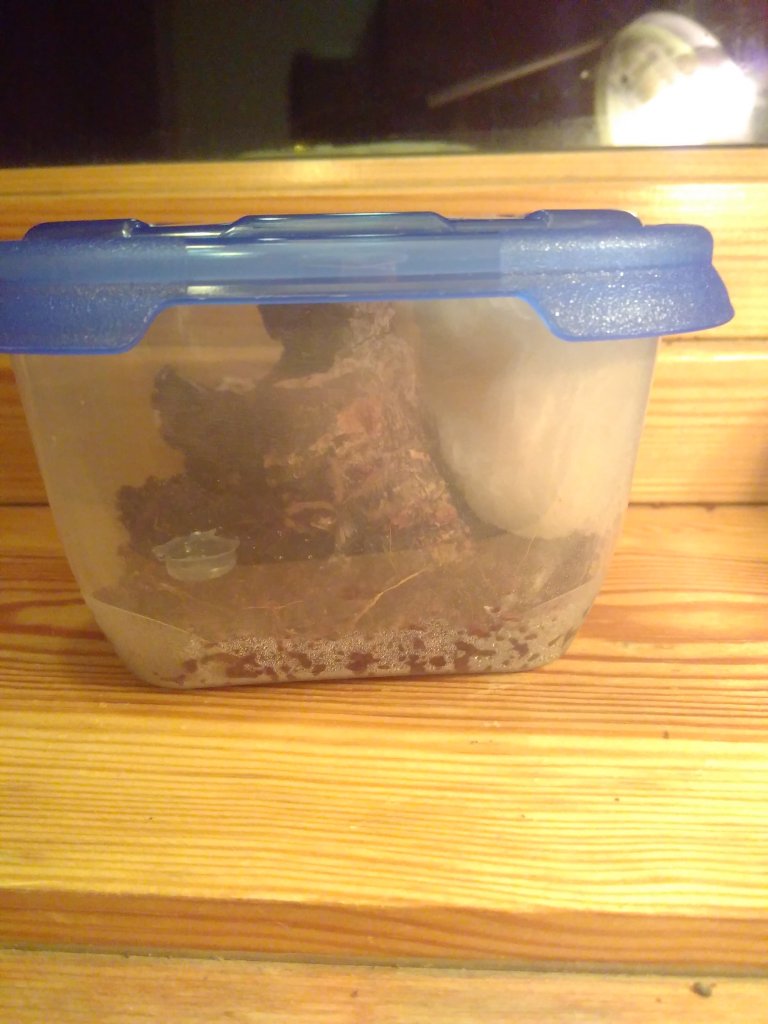 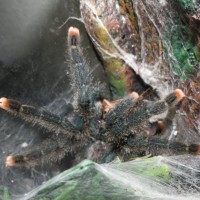 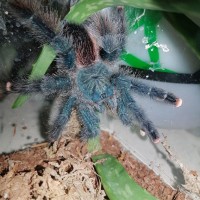 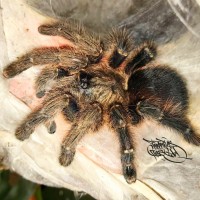 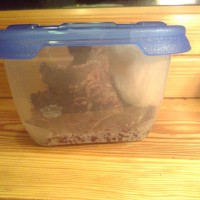 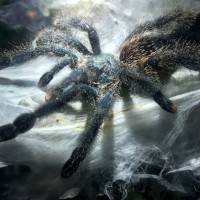 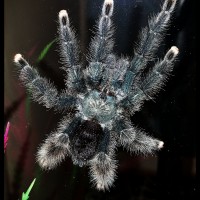 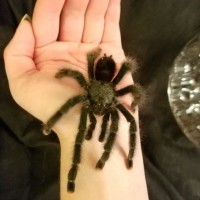 I don't see what issue there is if you're asking for help. But I can tell you that it looks WAY too moist in there if that's an Avic enclosure. The substrate for this species should be dry
What exactly is the issue? Also from what I've read about keeping avics it's good to have lots of ventilation, maybe drill some holes in the side for cross-ventilating
@PidderPeets I was thinking the same thing
@RezonantVoid That's definitely the main issue I'm seeing. I think that's a cotton ball on the right side, which is also highly concerning. But until the OP gets back to us with the problem, we can only speculate
@PidderPeets can high moisture cause molting issues in Avics? I can only doubly speculate since I can't even own them here but it makes me wonder
@RezonantVoid I don't think it would cause molting issues exactly, but it would increase the likelihood of infection or some form of ailments with the spider, so it might be possible for it to become too weak to complete a molt. Also, considering I can't actually see the spider or the issue, I'm taking into consideration that it might not be a molting issue at all and it might just be a new keeper mistaking it for one
the position is similar to the molt position of a damselfly, sitting squarely on bark, dangling out of the back of it's old skin. What you see is all there is to see; small feets pointing in direction of the old thorax shell, all old feets sitting on bark, spider is dangling freely in air.
The enclosure was NOT that moist as you see; that was a last ditch effort.

The big issue i see is it might have not choosen it's location for molting in the first place, it started the molt when a bad feeding attemt, ended up with a small dubia roach hitting the spider square on!
I can see that now, it will be disastrous if she falls. If she is still dangling maybe EXTREMELY GENTLY lower her using the molt to the floor of the container
Looking at it, the legs of the spider is goners, all of them. It got 3 mm of "good legs", and all 8 of them from that points looks weird, thin, odd discoloured "sausages". Looks like it ripped apart its feet getting loose, or it had an foot infection.
All 8 legs is broken/snapped.
I hate to say it, but if it's really been stuck for a few days like I thought I read in your thread about it, the sling is probably already dead. Slings usually only take an hour or two to molt, often less. I don't know what caused it to get stuck in the molt, but because of how tiny it is, there wouldn't have been anything you could have done to help it out. If you ever try again with Avics (and I hope you do because they're probably my favorite Genus), I would suggest using a taller enclosure if possible, and adding even more ventilation than what you had for this one. Also, adding wet paper towel or anything similar to an enclosure because the tarantula is stuck in a molt is useless. They need to have the fluids internally, not just around them. Think of it like if you were dehydrated. Adding water to the air wouldn't help you, you would need to actually drink water. I'm sorry for your loss, and I hope it doesn't deter you from this species. These guys just don't have a ton of room for error as slings