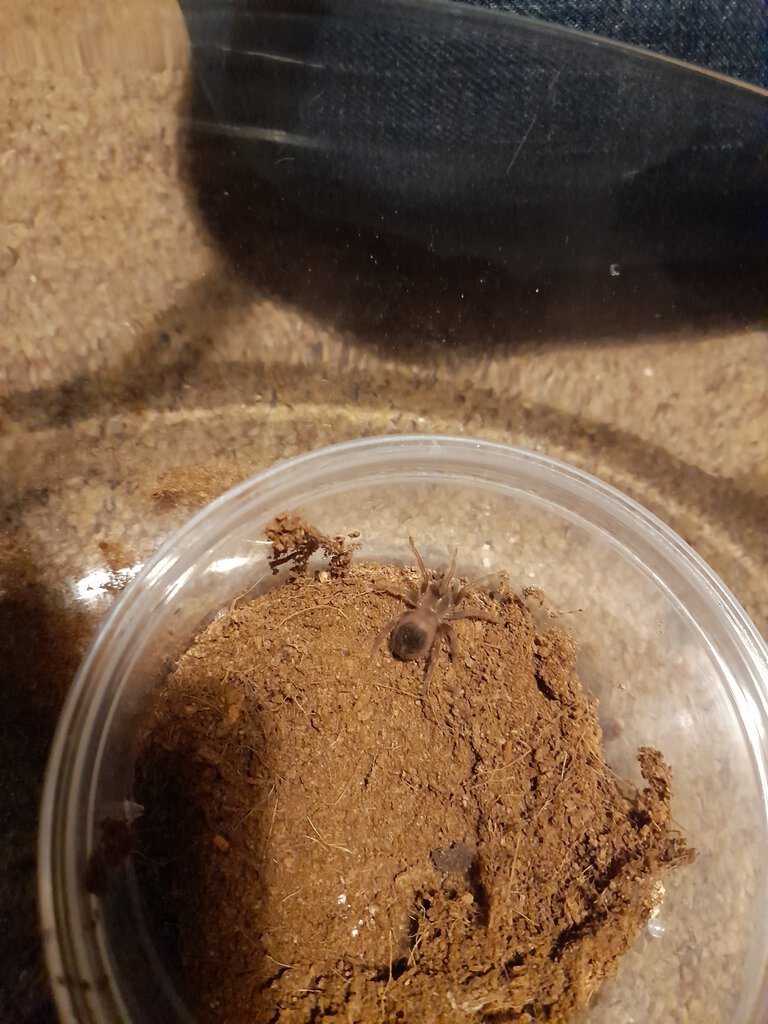 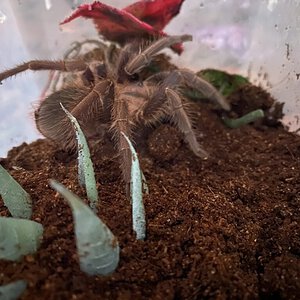 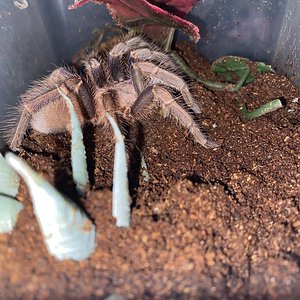 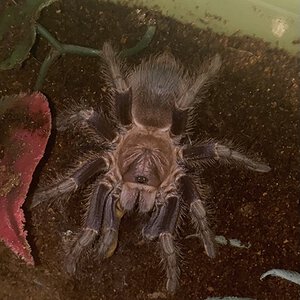 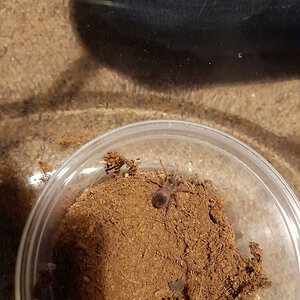 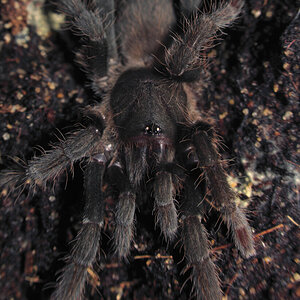 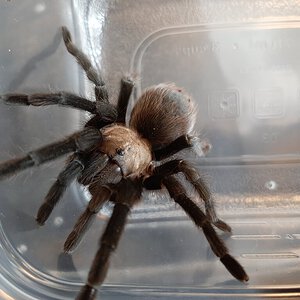 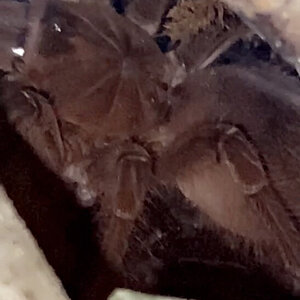 Brought today with with other spooders - all identified species. This one was possibly questioned on being an electronic earth tiger by the chap himself. Its approximately 3-4 cm chunky beast, likes to hide - as with most slings. Right in thinking wait until it molt for better gestimations?
Click to expand...
Did he give you a possible scientific name? "Earth tigers" are general terms for some tarantulas that come out of Asia (like how "birdeaters" are generally South American species and "baboons" are generally African species.

This little one looks more like an Aphonopelma or Grammostola sp to me.
Thank you kindly for responding!

Ah, I suspected the earth tiger comment to be something relating to location, thank you for the confirmation. No he didn't just that it was simply "possibly an electric earth tiger", he also sold me a Costa Rican zebra thinking it was a skeleton... big difference, as with the incei gold which is actually olive. He also thought he had a Mexican red rump when it was a golden red rump. Bad when I educated him on what he had.

After Googling your suggestions I am suspecting Aphonopelma over Grammostola but the spot isn't as sharp. However, there aren't enough sling photos or videos to say precisely. So hard when they are this size.
The spot is just the typical dark spot a sling will get before a molt. It's not a defining, taxonomical characteristic and will be gone after the molt.

The only tarantula that comes to mind for an "electronic earth tiger" is Haploclastus devamatha. Their common names include "LSD Earth Tiger" and "Psychedelic Earth Tiger". The pictured tarantula isn't H. devamatha, it's way too light in coloration to even be close.
I didn't explain the spot thing very well. There were a couple of photos where there was a very sharp edged black spot on the rear part of the abdomen rather than the traditional grayish black spots slings like this one have. However, as you rightfully say the spots are not a definitive feature.

The LSD is what he thought and again I can't help but agree with you it, it really is not one. The colours are completely incorrect. He got in touch with me yesterday to see how I got on rehousing some of them, they were desperate for new faunariums, still he thinks it is an "electric earth tiger".

I posted this same photo on a different site (shamefully) and some are agreeing with the notion of Aphonopelma so I am going to mostly treat it as one and create its faunarium to suit.

Again thank you for your help, very much appreciated and this guy is going to be grateful for a more suitable home!